IsoDynamic is a leading edge developer in the area of pharmacogenomics - the technology that analyses how genetic makeup affects an individual's response to drugs. 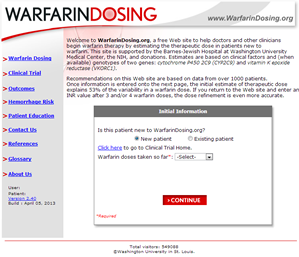 IsoDynamic is extremely proud to have been selected by Dr. Brian Gage, MD, MSc, of the Washington University School of Medicine in St. Louis, to collaborate on the development of Warfarindosing.org. The application is the one of the most widely used pharmacogenomic dosing services in the world, having dispensed over half a million dose estimates for the blood thinner Warfarin (Coumadin) since its inception in 2007.  Using a suite of dosing algorithms validated by Dr. Gage,  the application accepts both phenotypic and genetic patient information to calculate a best-practices dose estimate for a physician to consider when providing a warfarin dose.  The site is used on a worldwide basis, and performs significantly better than the current standard-of-care. 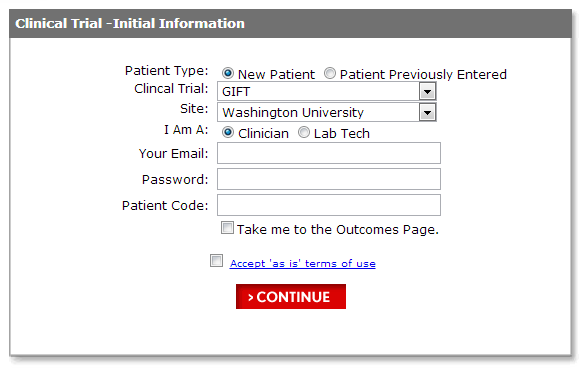 Building on the success of Warfarindosing.org, Dr. Brian Gage was awarded a grant from the NIH to compare dosing algorithms (both genetically based and non-genetically based) to the current standard of care.  IsoDynamic built a specialized application to accommodate the need for randomizing patients and implementing a double-blind structure for the study.

Iverson Genetics launched the first major personalized medicine study authorized by the Centers for Medicare & Medicaid services to assess the impact of genetic testing in reducing hospitalizations and deaths caused by Warfarin.  IsoDynamic was selected to build a custom application to implement the randomization and blinding structure for the WARFARIN (Warfarin Adverse Event Reduction for Adults Receiving Genetic Testing at Therapy Initiation) study, as well as providing access to the algorithms developed by Dr. Brian Gage.

IsoDynamic was retained by Genome Quebéc to develop a cloud-based Web service, providing access to the warfarin dosing algorithms developed by Dr. Brian Gage of the Washington University in St. Louis.  IsoDynamic partnered closely with IT and medical professionals at Genome Québec to develop and implement APIs that allow the organization to incorporate best-practices, genetically based warfarin dose estimates into their internal systems.