Your Mind Has Been Hacked
Back

Your Mind Has Been Hacked 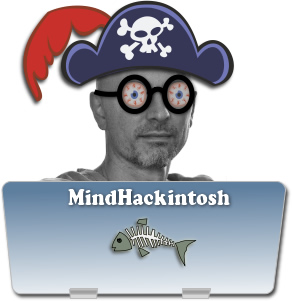 If you are reading this sentence, your mind has almost certainly been hacked.  Lest you think I’m wagging a digital finger at you, mine has been as well.
I am becoming increasingly, and I think justifiably, paranoid.  With my rusty degree in Computer Science, it’s incredibly difficult to stay abreast of the numerous hacks that are occurring in the Wild West that is the Internet.  Just understanding how hackers are breaching systems, much less defending oneself against such attacks, has become virtually impossible.  If you appreciate a good scare, just visit security expert Brian Krebs’ site at https://krebsonsecurity.com.  In his post called “Krebs’s Immutable Truths About Data Breaches” he outlines a frightening set of realities such as “If what you put on the internet has value, someone will invest time and effort to steal it.”
Yet most of us don’t even realize that what we’ve “put on the internet” is a collection of our greatest assets — our time, our thoughts, our energy, our attention. In other words, our minds.  And those minds have been hacked as surely as a database of Ashley Madison users.
The popular adage says “There’s no such thing as a free lunch,” and I think a corollary to that axiom is “There’s no such thing as a free app.”  That “free app” has been carefully engineered to steal your time and attention, which is in turn sold to advertisers.  As Andrew Lewis said, “If you’re not paying for the product, you are the product.”
This concept is not new — radio and television companies have sold our attention to advertisers for ages.  But the level of cognitive disruption delivered by mobile devices makes vegging out in front of the TV seem positively quaint.  I’ve yet to see anyone sidle up next to me at an airport urinal with a 55” flat screen.  (To you women out there, I’m not kidding.  I can’t count the number of times I’ve had some highly dexterous bloke beside me who has conducted his business, independently, in each hand.  I consider it an absolutely breathtaking breach of etiquette, and desperately wish I could conjure flatus-on-demand to provide some much needed auditory “context” to the unsuspecting recipient of the urinal-talker’s call.  I gaze wistfully upon the high carb days of yesteryear.)
While developing The Affinity (our new online adventure game designed to help kids make a friend in the real world at www.TheAffinityGame.com, sign up NOW to become a Beta tester!), I read a book called Hooked: How to Build Habit Forming Products by Nir Eyal.  I understand this book has become a bible for app developers who want to create products that utterly engage their user base.  In the book Eyal lays out a four step model for building apps that will keep customers returning via a cycle of reinforcement that creates a powerful habit.
The third step of the model is called Variable Reward, where he describes the power of variable reinforcement to drive behavior.  He terms one of the three reward types as “The Tribe,” which I think shares many similarities to a form of hacking called social engineering. Social engineering is an act of psychological manipulation that preys upon our need to belong, to connect, and to please, in order for the hacker to gain access to a system he or she is not authorized to enter.  In this context, that “system” is our minds.
The result is applications that ping, boink, buzz, nudge, and cajole you to return to them — constantly.  You hear a Ding! And you think “Somebody out there likes me!”  Or even if they dislike you, they’re at least paying attention.
Eyal devotes an entire section to the morality of employing such a powerful approach.  He is to be applauded for a fair dive into the implications of following his Jedi Mind Tricks, but I would suggest the vast majority of app creators are able to rationalize away the mental havoc they cause. Especially when ignoring the collective impact of every app on every device taking the same path.
Apps also hack our minds because they prey upon human responses which evolved long ago.  To ensure the survival of our species, infants were selected based on their ability to have their needs met.  And they can have those needs met almost instantly by crying out.  Any responsible parent will run to make sure their baby's needs are met NOW - the survival of the species depends on it.  So like a crying baby, the app calls out to hold me, check me, soothe me.  I recently downloaded a weather app that somehow circumvented the Do Not Disturb rules on my phone and rattled me awake at midnight to warn of a Dense Fog situation.  Danger Will Robinson!  A saber-toothed tiger is going to eat you!
The result is devices that constantly break our focus from what we’re doing, including socializing with the warts-and-all humans that stand in front of us. It’s not just reducing our productivity, it’s compromising our humanity.  Our minds have been expertly hacked, and I think the consequences are only beginning to play out.
It’s time to hack back against the Rise of The Apps.  Here are a few actions that might help to begin the process of freeing your mind:
I’ve begun the process of taking my own mind back by starting with the above steps.  The survival of my species depends on it.

We have 168 guests and no members online