Sitting Alone is the New Smoking-While-Eating-Donuts
Back

Sitting Alone is the New Smoking-While-Eating-Donuts 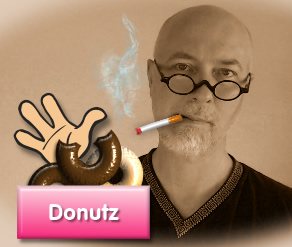 The New Crisis of Loneliness Hits Kids with Autism Particularly Hard
The famed playwright and existential philosopher Jean-Paul Sartre wrote “Hell is other people.”
That’s the opposite of the way I feel, but I can still relate to the sentiment.  As an introvert, I need regular solitude in order to process the happenings of the day and to recharge my batteries. But as the adage says, “The dose makes the poison.”  Too much solitude, even for an introvert, is harmful.
The truth is that we are in the midst of a major health crisis: Loneliness. Results from the General Social Survey (GSS) by the National Science Foundation show that more than 25% of all Americans say that they do not have a single person with whom they can share important aspects of their life.  When removing family members from the equation, a full half say they do not have a confidant.  The increase in social isolation is shocking.  The average social network size dropped from roughly 3 to 2 between 1985 and 2004, and the modal response of the number of confidants dropped from 3 to 0.1
So what’s the big deal about loneliness?  According to a raft of studies, social isolation is a greater health risk factor than obesity, and is equivalent to smoking ¾ of a pack of cigarettes per day.2 Loneliness can be deadly, especially when considering the number of retirees that are reporting high levels of isolation.  There is a reason that solitary confinement is considered to be extraordinary (and I believe extraordinarily cruel) punishment.
What are the causes?  The increase in dual career families? Longer commutes and work days?  Higher divorce rates and more single parent families?  Some recent studies3,4 indicate that technology may be playing a role in reducing our social interactions and overall well-being.  Based on this small sample of studies, the GSS trends listed above, and the highly rigorous and scientific approach of listening to my daughter talk about her experiences in high school, I suspect that technology is playing a role in the atomization of society.  Although technology-based social networks are prevalent, I think they may be serving as a poor stand-in for live, in-person social interaction.  To paraphrase Seth Godin, social networks are not in the business of making your life better -  they are in the business of making money.  Just take a multiple-times-daily ride on the hamster wheel and ignore the long-term consequences.
And given that much of social isolation now takes the form of sitting alone while staring into a screen, I think we’ve got a double whammy at play. “Sitting is the new smoking” has become a catchphrase because our sedentary lifestyles are now a well-identified health risk. So I believe that sitting alone is the new smoking-while-eating-donuts. Doubleplusungood.
People with autism spectrum disorders (ASD) are particularly hard hit by this trend toward social isolation, since one of the hallmarks of autism is difficulty with social interaction.  According to my colleague Rondalyn Whitney, PhD, OTR/L, FAOTA, “The average child with autism spectrum disorder does not have a single friend, is excluded from play dates and social events, and is therefore denied the opportunity to learn the habits and routines necessary for satisfying social relationships. Limited opportunities for social engagement at school and in the community compound underlying developmental delays, ensure children progressively fall behind in age-appropriate social skills, and perpetuate disability throughout adolescence and adulthood.  Lack of social skills can result in poor peer interactions, increased disciplinary infractions, unsatisfactory school adjustment, and poor academic performance.”
What to do?
Over the last three years I have worked with Rondalyn and my dear friend Rich DeVuono in creating The Affinity, an online adventure game designed to help kids make a real-world friend.  It is targeted to children with ASD and related disorders that are characterized by difficulties with social communication and interaction.  The game is unique because it collects, codifies, and shares the wisdom of its players through the use of challenges that require contributions to task/topic specific wikis (e.g. identifying social rules).   It’s like a digital treasure hunt, with both online and offline activities, where the epic quest of players is to make a real-world friend.  We are trying to “hack reality” (thank you Jane McGonigal) by using gaming and social media to help kids teach each other the rules of social interaction.
I hope the game is effective.  We’ll be calling for beta testers within the next several weeks.
The irony is that the process of creating a game designed to help children make a friend has resulted in a bit of my own social isolation.  Although I have regular contact with my colleagues, writing a screenplay, developing a comic book, hacking a complex open source system (Moodle) for gaming, and configuring Linux installations has often required that I sit alone, concentrating on the screen in front of me.  Smoking while eating donuts.
In an effort to eat my own dog food, I think I’m going to take a walk and interact with other humans.  Two years ago my aging parents moved into my neighborhood just to be closer to family.
Heaven is other people.
1http://asr.sagepub.com/content/71/3/353.abstract
2http://pps.sagepub.com/content/10/2/227.abstract
3http://eab.sagepub.com/content/early/2014/05/31/0013916514539755.abstract
4http://journals.plos.org/plosone/article?id=10.1371/journal.pone.0069841#s3

We have 58 guests and no members online